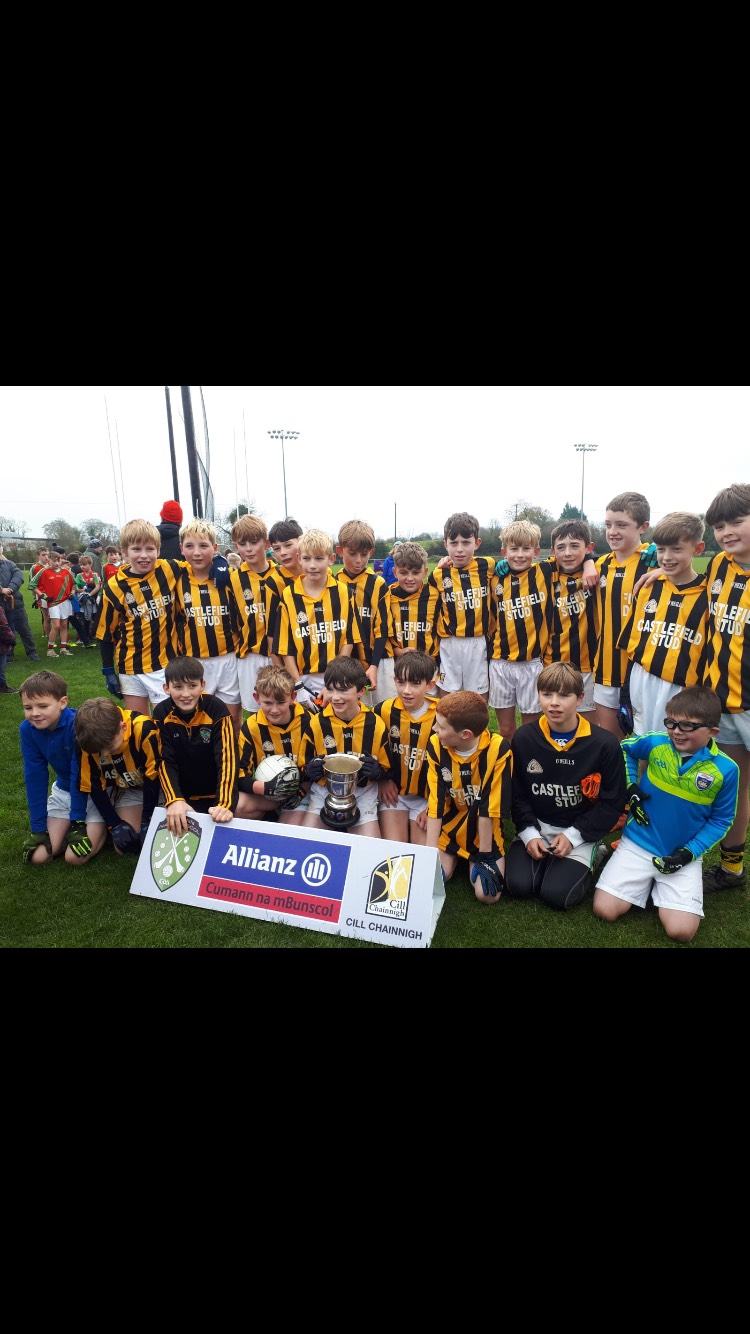 Tullogher Rosbercon 1.7 Coon Muckalee 1.5 This Roinn B schools football county final was played at a cold but Dry M W Hire Dunmore training centre on Saturday 23rd November. Tullogher Rosbercon raced into an early 1.3 to 0.1 lead. Aided by a gentle breeze Sean Hanrahan 0.3, James & Niall Cummins 0.1 each and Michael Sydney 1.1 were virtually unstoppable.Brian Minihan had inspired his fellow forwards to a well deserved 8 point lead. For some reason Coon Muckalee attacked and scored at ease after the break.The northern team had the deficit down to two points after less than 10 minutes. Defenders Evan Fitzgerald, Darren Reddy, Sam Ryan , Joss O Connor, Liam Murphy and Jamie Kehoe as well as sharp goalkeeper Kyle Murphy steadied the ship. Ciaran Cummins Michael O Sullivan and Finn Kavanagh also helped out in defence but as the half wore on our midfield got on top.Sean Walsh and Keelan Ryan were sprung from the bench to help see us over the line. Despite a few missed frees, we held out for a well deserved famous two point win. Thomas O Connor (Gillingham FC defender) Conor Hennessy and Donagh O Connor (Jockey) were among the stars of our last Roinn B win 2009. Big thanks to Mr Cassin, Mr O’Gorman and Mr Dunphy for their time and effort with this group throughout the year. Roll on the hurling season.

April 10, 2019
Please be aware we use cookies to ensure that we give you the best experience on our website.